We get our Castelpoto Red Sausage starting by an accurate selection of pork cuts such as ham and shoulder. During the processing, the meat is seasoned with few natural ingredients. The unique taste, the peculiar aroma and the characteristic red colouring is achieved adding to the mixture the powder coming from the authochthonous peppers cultivated in Castelpoto, called “Papaulo”. 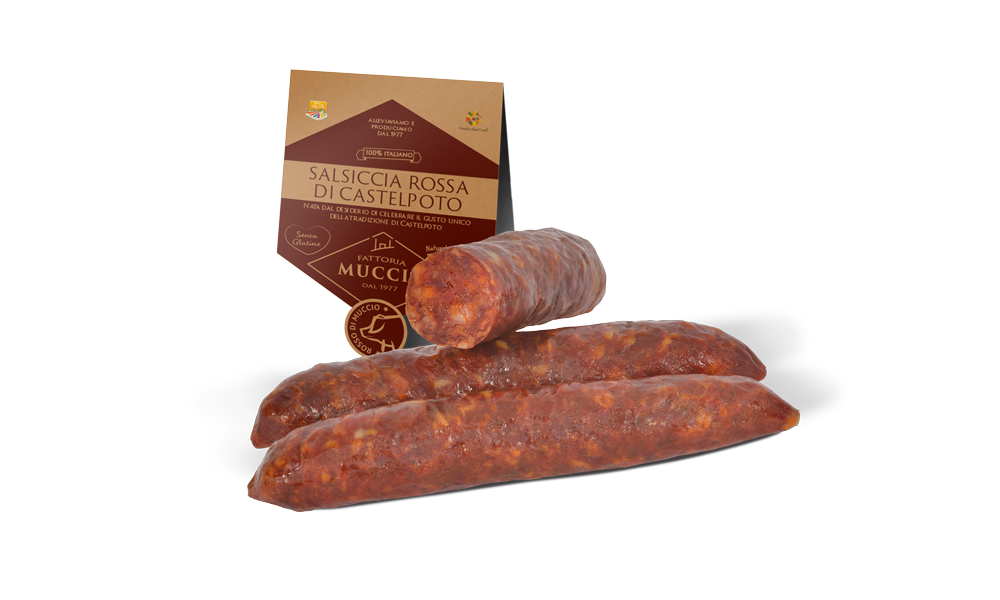 The Castelpoto Red Sausage represents an excellence on a gastronomical level and it is part of Slow Food Presidia. Starting from the care of our pigs born on the slopes of Castelpoto hills, we raise them without the use of antibiotics, but only selectioning the best fodder and nourishment for their growth. 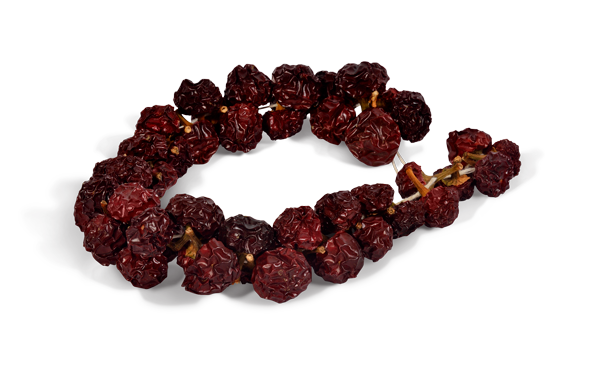 The recipe of Castelpoto Red Sausage includes the use of “Papauli” powder, hand made according to the old manufacturing process following the ancient traditions of the place. The mixture obtained is then left rest and successively stuffed: the filling process is a standard operating procedure that still continues to be hand made, using only natural casing. The following step consists in shaping by hand the traditional sausages chains made up by cylindrical elongated small pieces. There are two different ways to finally taste Castelpoto Red Sausages: fresh or cured. You can directly barbecue it, or cook in a pan, boil in the tomato sauce in order to prepare the traditional ragout, cook in the oven or add on your favourite pizza. 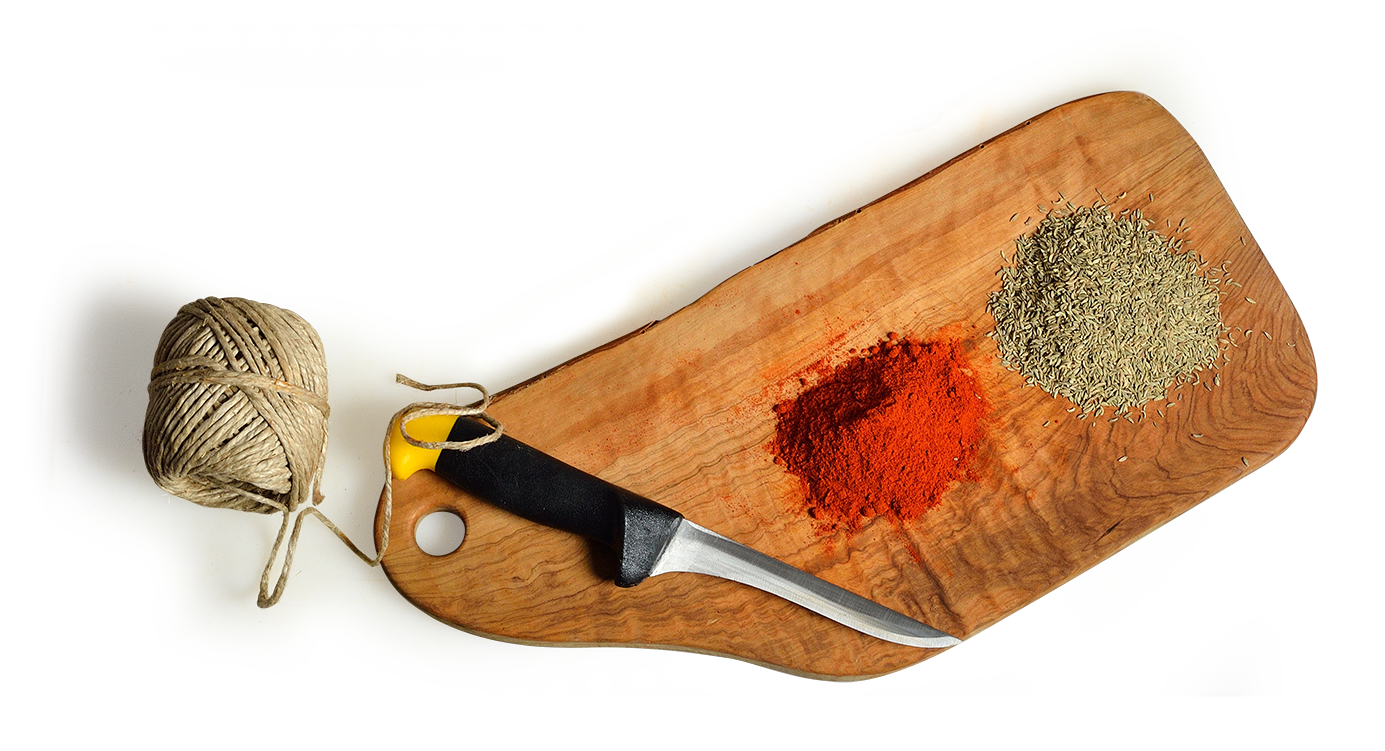 The manufacturing process to get the cured Castelpoto Red Sausage involves a drying process of the sausages chains that lasts approximatively 10 days. It follows a long aging process in order to obtain the characteristic red brick colour, and a unique consistance that is soft once cut, but not doughy. After this phase, the cured Castelpoto Red Sausages are ready to taste. This is an absolut deliciousness that can be served alone as an appetizer or with some sourdough bread baked in a wood oven.

Castelpoto Red Sausage has ancient roots going back to the Middle Ages, during the Langobardic era. According with a traditional tale, pig raising was an activity already practised in the ancient medieval village of Castrum Potonis (latin of Castelpoto) by the pig farmer of the local authority, the Duke. The tradition of pigs raising still exists in the small village of Castelpoto, where each family raises its own pig, following their own traditional and very closely guarded methods, handed down from one generation to the next.

The whole cured meats are hand made, through artisanal methods, according to the traditions.

Take a look at our red line